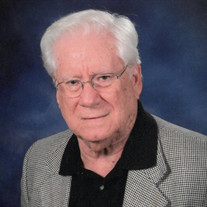 Mr. Jeter was a former Department Manager at Sears and retired with 28 years of service as a Senior Manager with the Signal School at Fort Gordon where he received the Commanders Medal and a Declaration of Meritorious Civilian Service. He was appointed by Georgia Governors Busbee and Harris to the Georgia High Technology Advisory Council and was a member and Vice Chairman of the Augusta Technical Advisory Board. Following his retirement, he operated a consulting and training business until full retirement in 1995.

The family will receive friends at the funeral home Thursday evening from 5 until 7.