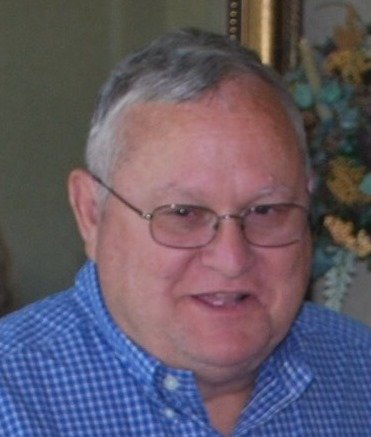 Paul Hamilton Jeter, III, age 73, was welcomed into his heavenly home July 8, 2018.  He was born in Rock Hill, SC.  He was the son of Paul and Evelyn Jeter and grew up in Union, SC.  He earned the rank of Eagle Scout while in high school and graduated from the University of South Carolina in 1967.

Mr. Jeter began his career as a teacher and guidance counselor at Alcorn Middle School.  In 1974, he became assistant principal at Oak Grove Elementary School in Lexington, SC and remained there until his retirement in 1997.  Mr. Jeter enjoyed a lifelong hobby as a collector and dealer of antiques, specializing in South Carolina pottery, bottles, and postcards.  He co-authored Columbia’s Past in Glass in 1976 and authored SC Beverage Bottles 1880 - 1980 in 1986.

As a 48 year member of Union United Methodist Church, he enjoyed occasionally teaching the John Rowland Sunday School Class.  He was affectionately known by several names: Paul, Dad, Pop and Buzzy.  He was quick to quietly come to the aid of those in need.  He had a keen sense of humor and often offered words of wisdom peppered with common sense to those around him.

He was the beloved husband of Jeannie Sprouse Jeter, his wife of 49 years.  He is survived by his wife, Jeannie, sons; Paul Hamilton Jeter, IV (Cathy) of Lexington; Bryan Henderson Jeter (Kelly) of Spartanburg; Joseph Sprouse Jeter (Lee) of Charleston and his dear grandchildren; Emma, Jake, Lily, Lucy, Wesley, Mary Helen and Caleb Jeter.  He is also survived by his sister; Barbara Jeter of Rock Hill and Sarah Smith (Jack) of Columbia and niece and nephews, Alison, Jack and Russell Smith.

A celebration of life memorial service will be held on Wednesday July 11, 2018 at 2:00 pm at Union United Methodist Church, 7582 Woodrow St. Irmo, SC 29063.  The service will be followed by a reception in the fellowship hall.

The family would like to give a special thanks to Regency Hospice, especially Pam and Teresa as well as, the staff at Harbor Chase for their loving and compassionate care.   Woodridge Funeral home is in charge of arrangements.